The call for Madatac 8th Edition New Media Arts Festival has been opened!

Spain and International/ It is left open without restrictions a call to select, by means of a criteria in which will be valued particularly the experimentation, the innovation and the risk, the creations of all those audio-visual and video artists who wish to participate and that their works are part of MADATAC/TRANSMADATAC project. This project is dedicated to exhibit and promote Video Art and Audio Visual-Art in all its modalities, any processes o f image-sound in teraction , without exclusion of installations, performances and new media art works, with the aim to disclose to the great public a view of the consolidated artists as well to offer a platform for all those emergent New Media Art artists with a future projection who contribute with renewing proposals, avoid conventional visual language and does not find their place in other art and mass media spaces. All the received material will enter, unless the authors express the contrary, in the selection for the 8th edition of MADATAC, the Acontemporary Audio-Visual & New Media Arts Festival, that Transfera Media Arts will organize in January 2017 in Madrid, Spain. This event will serve to prize the best videos and installations among the ones selected by an international jury.

Five awards of a cutting-edge sculpture created by the Spanish sculptor Juan Ramón Martín, with the internacional artistic and professional recognition implicit in receiving this already prestigious award, besides forming part of the works selected to represent MADATAC in diverse worldwide special programs and events:

It will consist in the selection and exhibition, during the celebration of MADATAC festival, of one or more New Media Art audiovisual installations presented in the official registration form. .It is understood by works of New Media Art those who make use of new digital technologies medium, including among other digital art, electronic art, multimedia art or interactive art. The award, in addition to a trophy, with be provided with an endowment of 500€ (five hundred) to cover the costs of exhibition, mounting and transportation of the work and/or the artist.

RESIDENCY PRIZE FOR THE PRODUCTION OF AN AUDIOVISUAL WORK

By means of a special jury, MADATAC will select an artist from among all the participants that have submitted a work through a registration form to the International Official Section, and reward him/her with a fellowship in residence at the CASA DE VELÁZQUEZ de Madrid for a period of 3 months during the first half of 2017, as well as a production grant of 3,000€ (one thousand euros per month) for the costs of maintenance and accomplishment of a work of audiovisual art/video art. At the end of the stay, the artist shall deliver three copies from an edition of five, of the art piece realized during his/ her residency, and keeping all the rights of the work, of which one will become part of MADATAC International Artistic Archive, while the two remaining copies will be one for the cultural heritage of the CASA DE VELÁZQUEZ, while the other will become part of the collector’s fund that sponsors this production scholarship and whose name will be announced in due course.

In addition to the announced calls, also is open the selection of audiovisual artists resident in Spain for concerts and Live AV performances (VJing, live cinema, expanded cinema, etc) which will take place during the celebration of MADATAC in Madrid and could be included in the partnership projects that MADATAC is carrying out with different international festivals. .To participate it is necessary to submit a completed registration form, plus the material requested on the bases of the call.

To participate send works with a duration of 7 to 10 minutes, with a resolution of 960 x 304 and abstract themes, preferably in color and without the presence of white , completed the registration form plus the documentation requested on the call. Will be chosen the works that best suit the format of the dome and premiere there on January and during the year 2017.

The participants must send their works, preferable not to exceed the 20’ although we made exceptions if the video merits it, in mov or mp4 files, not DVD-Video, with a quality for broadcasting, a resolution preferably HD (1920×1080 or more). Do not send preview videos on low quality. Only original or copies thereof. . A filled and signed registration form agreement on a digital files such as DOC or PDF (has to be filled by computer not handwritten and paper copies are not accepted) in which you give screening and broadcast permission and must assume the authorship of the submitted work, with a final signature by hand, not typed. . The text of the synopsis of the submitted works should preferably be in English and Spanish. . Links to download or preview the video files from web sites are not accepted, but it’s possible to send the documents by a Internet large file-transfer service as Wetransfer or Google Drive or similar to: info@madatac.es. If for some reason you could not submit the documentation by this means, such as for example that the size of the digital works exceed 2 GB, will be accepted the shipment of the material in a pen-drive or hard disk by postal mail to the address listed at the end of the call. Although MADATAC searches for no spoken audio-visual works, it is mandatory Spanish/English subtitles if there are words, text or dialog in another language, that also should be send on a separate digital document as PDF or DOC. . Two high quality JPG stills of the video on 300dpi. A brief CV on DOC or PDF. There are not restrictions for the age of the participants, nor for the amount of material desired to send. Optionally, the interested can also send a brief promotional video about themselves and their work (not more than 4’). There is no criteria as to the subject of the works, (we accept works created w ith new med ia and d ig ita l technologies, video art, interactive art, multimedia digital art, computer art, media art, live cinema, found footage, video installation, audio-visual performance, humanmachine interaction, technological art creation, bio-art, etc) though MADATAC 8th edition will be freely centered on the concept: HUMANTROPE.

Transhumanism has certified that the canonical representations of the individual have come to an end. At the present time the human thing, like an evolution fugitive, feverishly seeks for its new identity. A trope, from the Greek tropos, defines the substitution of one thing for another, the alteration of one natural state by another, as well as the search for a direction and a sense.

The submitted works preferably will not be selected or rewarded in any other festival or event that take place in Spain 4 months before, or during the celebration of MADATAC, in order to maintain some exclusivity of the work. . The organization cannot return the sent material. . This year deadline (post stamped) is July 31th, 2016. The works received later will be accepted whenever the postmark reflects the fixed date. The selection will be notified to all participants on September. Participation in this project implies the acceptance of all its rules. All materials has to be sent to the following address: TRANSFERA MEDIA ARTS/MADATAC C/Galeno 41 28232 Las Rozas Madrid ESPAÑA (SPAIN). 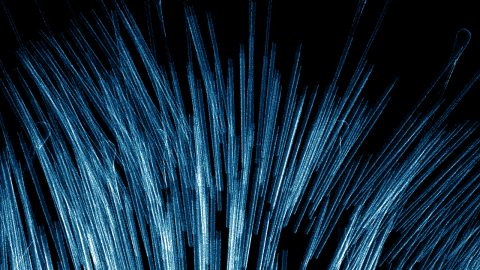